No items found.
Product is not available in this quantity.
About Us
+
Meet the FamilyOur TeachersBlogContact Us

See where music can take you 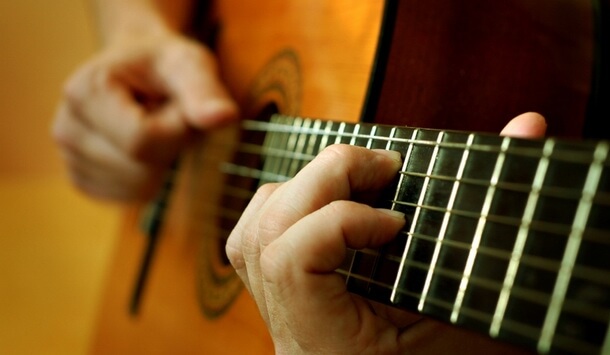 Music is a wonderful gift for people to receive and share. It plays a vital role in a society. In a place where people only ever work and there is no enjoyment, humanity is lost. Music is an expression of our individuality and our unity. It is a beautiful art that so many people get to enjoy, but few actually help to create. There are certain roles that must be filled in order to share music with a people. Here are 10 jobs in the music industry.

This is the most obvious one on this list. There are many different types of musicians. There's the star, the seasonal musician, the backup performer, the gigging musician, an orchestral musician, and the list goes on. Being a musician can bring in an extra $10k a year as a serious hobbyist, or can earn people up to $90k on average as a career musician. Some of the most successful modern pop stars earn up to the millions on their songs and albums.

A composer is someone who writes music. Composers are needed for music that is simply meant to be listened to, or for music that is meant to create something deeper. There are three popular to make good money as a composer. The first is to be a composer for a famous pop star. This is someone who composes music that is to be played by and/or sung by the star. A basic understanding of music theory and cord progressions is needed. Typically, the music revolves around the one, the four, and the five (I, IV, V). They make on average $45k-$65k. The second is to be a film score composer. This a composer who creates music that is intended to create a feeling that relates to a cinematic scene. That may be fear, suspense, love, or just about any human emotion or combination of emotions imaginable. The average income of a film score composer is just over $50k. However, if one achieves great success, they can earn into the hundreds of millions. The third way is to be a ghost writer. This is someone who writes music in the style of someone else and credits it to them. Many times, a successful film score composers will have ghost writers to fill in missing pieces of music or just write an entire piece if they have too much on their plate. A ghost writer can make as much as $20k-$50k PER PROJECT if they are writing as someone who is well established and successful.

A conductor is a person who guides a large ensemble of musicians such as an orchestra or a choir. They queue individuals, sections, or the whole ensemble keeping everyone together. They make the entire group sound as though it were one instrument or voice. A conductor is the representative of the ensemble and they fix anything that goes astray during the performance. They are needed for young school groups, university ensembles, and professional orchestras and choirs. Conductors typically make about $50k.

Being a music teacher is a vital role that must be filled in order to keep music alive in a society. They are the people who train the next generation who create beautiful works of art. Music teachers can teach group classes or teach privately. Music teachers typically make $28k-$70k a year.

Music therapists are people who heal others through music. This can be mental, emotional, and even physic damage that they heal. It is a very difficult job and requires understandings of many different schools of thought such as anatomy, neurology, and music theory. They tend to specialize in dealing with people who have mental disabilities such as dementia, alzheimer's, autism, and more. They tend to make $28k-$72k per year.

Editors and arrangers are kind of like the handymen of the composer. Editors make adjustments to a score such as dynamics and accents, and they fix errors such as notation mistakes, rhythm mistakes, and progression mistakes. Arrangers will take a piece of music and arrange it to fit an ensemble that it wasn't originally intended for. For instance, they make take a solo piece and turn it into an orchestral production. They can make between $30k and $200k.

People need their music recorded. A record producer does just that. They can record, copy write, and publish your music. They use high-end professional recording equipment and expertises in order to make sound as though it were live. They make $30k-$100k a year.

Music journalists are people who review and criticize new music, business affairs in the music world, rising and well established stars, and any new music related gossip. The Rolling Stones is a good example of a music journalist company. Music journalists typically make $25k-$84k every year.

A piano tuner is just that. A person who tunes pianos. This is a very difficult job because it requires a very sensitive ear. Each not on a piano has about three strings and each one of those strings need to be in perfect tune with each other if the note is going to sound nice. Then, each note has to be in tune with the 12 tone scale and each octave has to be in tune with the previous. It is very easy to mess up or break a string which is expensive to replace. Tuning pianos can be a pretty good side hustle bringing an extra $15k a year or a full time career making up to $100k if you tune the right people's pianos.

People who build instruments, sometimes known as luthiers when making stringed instruments, craft, construct, repair, maintain, and refurbish instruments. This requires a precise eye, a steady hand, and an understanding of how the instrument works and how it is supposed to sound. They generally make in the range of $20k-$60k every year.

The music industry can be an awesome side hustle or bring home the big bucks if you play your cards right. However, they all have a few things in common. They each require an understanding of music and the sooner one gets started, the more of a guarantee they have that they will be successful. Everyone great has a beginning. Start your beginning at Brook Fine Arts.

It's never too late or too early to start learning the fine arts. Everyone great has a beginning. Use what you just learned to start your journey to greatness. We're excited to see you!
Set Up Your Trial Lesson

Which Color Season Are You?

How to Describe Fall Colors And Create Art With Them

What You Didn't Know About the No. 2 Pencil

Get professional tips and insider secrets on anything fine arts related. Never miss a post and stay in the know!
Thank you! Your submission has been received!
Oops! Something went wrong while submitting the form.